Ethiopia on the Rise

BY HANNAH BLYTH AND DANIET MOGES Ethiopia experienced a momentous year of political transformation in 2018. Despite a steadily worsening trend over the decade to 2017, Ethiopia is the most-improved country on the 2019 Fragile States Index (FSI). Improving by 5.3 points to a score of 94.2 in this year’s FSI, the country‘s performance could […]

BY J.J. MESSNER “Mauritius was made first and then heaven … and heaven was copied after Mauritius.” So said Mark Twain in 1896 at a time when the small Indian Ocean island nation was under British rule (after having previously changed hands from the Portuguese, to the Dutch, and then to the French). At a time […]

The Caucasus Give Cause for Cautious Optimism

BY PATRICIA TAFT Straddling Europe and Asia, the South Caucasus has long been considered a region of strategic importance for past empires and modern-day superpowers. It is also a land where the echoes of the Cold War continue to play out decades after the collapse of the Former Soviet Union and the realignment of the […]

A Long Way from Havana: The Colombian Peace Process Stumbles

BY JOSHUA ZAKHAROV In August 2016, Juan Manuel Santos, then President of Colombia, and Timoleon “Timochenko” Jimenez, then leader of the Revolutionary Armed Forces of Colombia (FARC), shook hands in Havana to seal an agreement that would end a decades-long civil conflict that had caused hundreds of thousands of casualties while displacing millions. The agreement […]

Breaking the Impasse in Togo

BY MARCEL MAGLO Despite a limited democratic space in Togo, civil society and the political opposition have nevertheless managed to position themselves as a force to be reckoned with. In 2005, President Gnassingbé Eyadéma died after ruling the country for almost four decades. To succeed him, the military installed the late president’s son, Gnassingbé Faure, […]

Nepal Enjoys the Dividends of Two Decades of Difficult Decisions

BY TRACE CARLSON Over the past 20 years, Nepal has experienced a decade-long civil war, extensive constitutional and political reforms, and horrendous natural disasters that have affected over 6 million people. Nevertheless, Nepal has demonstrated remarkable resiliency throughout these challenges to emerge as the third most improved country in the world in the 2018 Fragile […]

MCKENZIE HORWITZ As the civil war in Yemen entered its fourth year, the humanitarian crisis in the country only worsened in 2017 with soaring levels of hunger and malnutrition, an unprecedented spread of cholera, and a widespread campaign of airstrikes on civilian communities. This led to Yemen scoring as the third-most worsened country in the […]

BY OLIVER CHANDLER South Africa grabbed the headlines for all the wrong reasons in 2017 with political brawls, corruption allegations, cabinet reshuffles and political infighting. In August, South African President Jacob Zuma narrowly survived an eighth vote of no confidence in his leadership, only to be usurped as leader of the African National Congress (ANC) […]

Taken to the Cleaners: As Brazil Faces Significant Challenges, Hope May be in Sight

BY CHARLES FIERTZ Brazil continued the four-year slide that began in 2014, the year that saw the beginning of Operação Lava Jato (“Operation Car Wash”) as well as the global crash of commodity prices that had driven the Brazilian boom in growth that had helped lift tens of millions out of poverty. In contrast, the […]

[email protected]'s view of Uzbekistan as most improved nation in 2019 matches the #FragileStatesIndex assessment -- the #FSI2019 rated #Uzbekistan as the third-most improved country for the year. https://t.co/t0zQb4QUVJ

For the first time, the #FragileStatesIndex Team has put together an “early warning” list of countries that we believe will be the ‘big movers’ for #FSI2020. https://t.co/yf6Q2Ydb0t 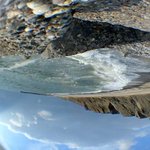 The Fund for Peace@fundforpeace·
6 Nov