BY NATE HAKEN AND PATRICIA TAFT* Benedict Ayade, of the People’s Democratic Party (PDP) won the gubernatorial election in April 2015, to replace outgoing Governor Liyel Imoke (also PDP). For years, Cross River was the stage to a territorial dispute between Nigeria and Cameroon over the oil-rich Bakassi peninsula. After a controversial UN-backed ICJ verdict […]

BY NATE HAKEN AND PATRICIA TAFT* While violence in Ondo has historically been relatively low, in the first half of 2015 reported fatalities increased significantly as compared to previous years. This was mainly in connection to a few incidents of criminality (bank robberies in Owo and Akoko North West LGAs) and piracy (Ilaje LGA) that […]

BY NATE HAKEN AND PATRICIA TAFT* Although on a per capita basis, violence is relatively high in Bayelsa, the number of fatalities and incidents have dropped since 2010. In February 2012, Henry Seriake Dickson (PDP) was elected as governor after a period of uncertainty in the wake of Governor Timipre Sylva’s termination in January 2012. […]

BY NATE HAKEN AND PATRICIA TAFT* Since May 2013, political tensions were high in Rivers State after the disputed Nigerian Governor’s Forum election. Formerly a member of the PDP, Governor Rotimi Amaechi, who is from Ikwerre (Rivers East Senatorial District), switched affiliation to the APC in November 2013. Despite the zoning formula, which would have […]

BY NATE HAKEN AND PATRICIA TAFT* Overall, between 2012-2015, Akwa Ibom was the second most peaceful state in the Niger Delta region as measured by reported fatalities per capita. Udom Emmanuel of the People’s Democratic Party (PDP) won the gubernatorial election in April 2015, to replace outgoing Governor Godswill Akpabio (also PDP) who was elected […]

In the #Sahel pastoral herders are essential links for socio-economic development and stability. Yet climate change, population growth and insecurity are threatening their livelihoods. Increasing their resilience is crucial. The #PRAPS is taking action: https://t.co/AwRhpXFqtV 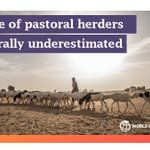 [email protected] stands resolutely with the people of #Sudan, including those mobilizing to protect the freedoms they won through their revolution. We strongly condemn the military takeover. This young woman—not tanks & coercion—captures the spirit of the people: