In late 2010, in a city in central Tunisia, a young street vendor named Mohamed Bouazizi set himself ablaze in a final act of defiance and frustration after police confiscated his wares on the street. While his protest may have been localized, the sentiment was not. After nearly three decades of falling standards of living, a growing rural-urban divide, high unemployment, government corruption, and a lack of political and personal freedoms, Tunisians had had enough. Within a month, the president had resigned and fled to Saudi Arabia, and other countries in the region had also ignited with revolutionary fervor. Following Tunisia, protests and civil unrest erupted across the Arab world, in some cases bringing down regimes, in other cases bringing down entire countries.

While Syria, Yemen and Tunisia’s next-door neighbor, Libya, continued to burn in 2018, other countries in the region–and specifically the North African Maghreb countries of Algeria, Morocco and Tunisia– seemed to have stalled out in their revolutionary zeal. But surface appearances can be deceiving, as 2019 opened with Algerians taking to the streets en masse to protest a fifth run by their aged and ailing president. Meanwhile, in Tunisia, medium and large-scale protests continued unabated throughout 2018. Algeria and Tunisia, which have an octogenarian and a nonagenarian at their respective helms, are presiding over populations of mostly young, educated, and increasingly frustrated citizens desirous of more open societies and greater access to jobs and the global market. Over the past eight years, however, ideals and reality have not always aligned. For example, in the cafes that line the streets of the Tunisian capital it is not at all unusual to overhear both old and young nostalgically harkening back to the days of the former dictator, Zine El Abidine Ben Ali. When asked about this now favorable, revisionist view of the very ruler they ousted for corruption not even a decade ago, the answer is simple: “We can’t feed and clothe our children in democracy when democracy has not brought us any jobs.”

To that end, it also seems a daily occurrence here that a neighbor or friend has lost yet another child or relative to the traffickers who make nightly runs across the Mediterranean in small speedboats destined for Italy, and wider Europe beyond. This sort of economic migration continues unabated, with North Africans from Tunisia, Algeria, Morocco giving their futures, and their most economically productive years, to countries other than their own. This trend, also known as “brain drain,” and reflected in the Human Flight/Brain Drain indicator on the FSI, can be slow to change, but the effects are no less devastating, particularly to countries aspiring to democratic transitions. Internally, as more rural residents flock to urban centers seeking jobs, urban residents, many of them part of the professional class, flee to Europe, where driving a taxi or even selling counterfeit perfume on the streets can earn them more in a month than their salary as a doctor or lawyer back home. In Algeria, with an economy largely reliant on the extractive sector, a failure to diversify has also led to a slowdown in economic production and growth, with the indicator that measures overall economic health on the FSI worsening steadily when looking at five and ten-year trends. While economic inequality appears to have improved, it is likely that more people, across wider swaths of the economy, are sinking, rather than everyone rising. The same is true for Tunisia.

Morocco, a country that also managed to stave off the spiraling violence that gripped much of the Arab world in the days following the 2011 revolutionary uprisings, also faces its own challenges. A constitutional monarchy, Morocco has also experienced a steady worsening on the FSI when looking at five- and ten-year trends in the general economic and Human Flight/Brain Drain indicators. It has also worsened by nearly two points in the Group Grievance indicator, over the same time period. In 2016, in a situation reminiscent of the one that ignited the Tunisian Revolution, Moroccans took to the streets en masse after a local fisherman was killed by police attempting to confiscate his wares. This was followed by the arrest and imprisonment of a popular protest leader in mid-2017, bringing thousands to the streets again demanding economic and political reforms. Protestors and opposition figures say that while the Moroccan government had given great lip service to improving livelihoods through ambitious economic growth and investment plans in the years following the regional uprisings, the general population has seen little or no benefits. Rather, protestors have accused the government of using these initiatives to enrich themselves, giving lucrative contracts and granting access to those allied with the ruling family, sidelining local populations.1

Nevertheless, despite these setbacks, there is still much to celebrate. Whether a result of violence and bloodshed in the not-too-distant past in Algeria, thus far, protests have remained largely peaceful and students and opposition leaders open to dialogue. In Tunisia, despite popular unrest, the country has passed some of the most progressive laws in the region on women’s rights, and its post-Revolution constitution remains a model for other fledgling democracies. Morocco, for its rising levels of group grievance, still appears willing to tolerate, and occasionally give into, popular protests and demands for reforms. The tourism industries of both Morocco and Tunisia, although impacted by acts of domestic terrorism in the recent past, are thriving and, in the case of Tunisia, rebounding after a slump. Algeria, whose ancient ruins and breathtaking scenery rival those of its Maghreb neighbors, also appears to be opening to tourism, sending Algerians abroad to train in the hospitality industry. This may have the effect of not only diversifying its economy, but also opening the country more broadly to the outside world, after years of a partial, self-imposed exile following decades of foreign and domestic conflict.

A note of caution remains, however, for watchers of the North Africa region – and the Maghreb countries of Algeria, Morocco, and Tunisia in particular – in coming years. The very conditions that sparked the mass popular uprisings that later became the Arab Spring, have not gone away. In fact, many of the economic, social and political indicators that began deteriorating on the FSI in the years preceding the Arab Spring are worsening again. What may be missing this time, according to some experts, is the regional sense of unity and purpose that seemed to be a hallmark of the uprisings in North African countries.2 Less driven by ideals this time around, and more by the stark reality that those ideals have not translated to improved livelihoods for many citizens, the rumblings of revolution are being heard again.

The Fund for Peace@fundforpeace·
5 Feb

Applications for the FFP Summer #Internship are now open!

The Fund for Peace - Internship Summer 2020

Do you have an interest in conflict early warning, peace building, security, and human rights? Are you a current graduate or undergraduate student (or... 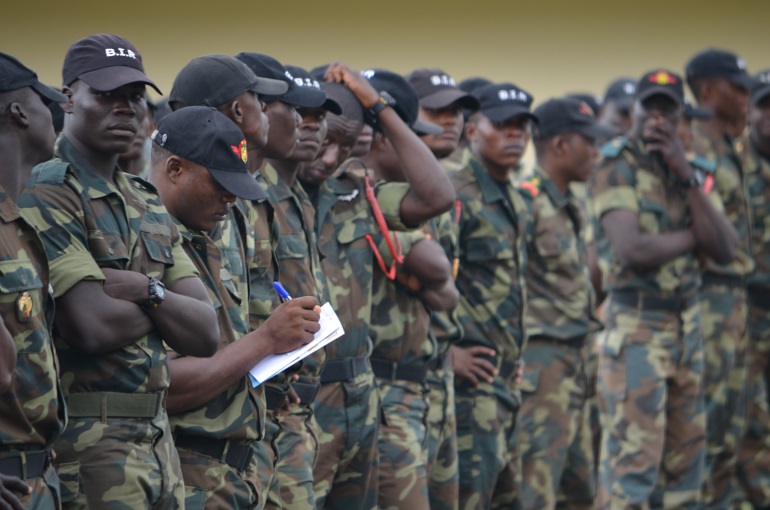 [email protected]'s view of Uzbekistan as most improved nation in 2019 matches the #FragileStatesIndex assessment -- the #FSI2019 rated #Uzbekistan as the third-most improved country for the year. https://t.co/t0zQb4QUVJ